These are only our personal experiences as parents. We are not licensed healthcare professionals so any advice or experiences should be treated as such.

Nixon had a tonsillectomy and adenoidectomy at the end of February. One of the things that we wished we had during his recovery time was an idea of what the next two weeks would look like. There’s lots of information saying that recovery is rough and takes 12-14 days, but other than that, there’s not a whole lot of specific information available. I did find one great forum post from a mom in the UK, which was hugely helpful, so I took similar notes so I could do the same.

A little background on our decision to have Nixon’s surgery. He actually had zero issues with strep but he had a whole lot of other symptoms, like poor sleep habits, light sleeper, teeth grinding, speech delay, constant nasal drip and trouble swallowing food. His tonsils were huge and touched in the center.

We made an appointment directly with our ENT (we did not wait or ask for a referral from our pediatrician) and within 15 minutes, he recommended a tonsillectomy and adenoidectomy. He actually first observed something we never caught—Nixon’s “hyponasal speech.” We knew Nixon’s speech was delayed but we never considered the tone of his voice. Looking back at old videos, his speech and his tone sounded so blocked, nasal-y and halted. Now we know!  (What’s interesting is Teller’s tonsils are the same size, but Teller has none of the symptoms. We are not planning to have Teller’s removed unless he has similar symptoms.)

As far as prepping Nix for the surgery, we kept it mostly positive. We read books and watched videos about it online, and talked somewhat frequently about his upcoming trip to the doctor to help his throat. At church, we had him do the Blessing of the Throats (conveniently also in February). Lots of throat talk. 🙂

We checked in for his surgery at Cincinnati Children’s early the morning of February 21. He was super calm the entire time and also excited too, not exactly sure what lie ahead. We hung out, he played and watched TV and soon, it was time to change into his gown, a Pull-Up (he’s potty-trained but not at night, so I played it safe) and fuzzy socks and wait to be taken back to surgery. I had major anxiety about him going so long without food (12 hours) and water (3ish hours), but honestly, he never mentioned it.

The hardest part of the whole thing came next. Anesthesia. Ugh. Even with all the prep and the nice anesthesiology team walking us through Nix’s likely reactions, it was SO hard to see him be confused, then dazed, then fearful and then finally… sleep. Ugh. The worst part BY FAR. I left in tears while they wheeled him back. It’s hard to even think about without getting emotional.

It was just about 35 minutes later when they called us to meet with the doctor. We met with him, he said that Nixon did great, and that we should go back to wait for him to wake up. It was really important to me for us to be back there before he woke up. Aaron and I headed back to the anesthesia recovery unit and it was so overwhelming to see all the bays with kids still under (often intubated) waiting for their anesthesia to wear off. (Side note: I wish we would have done the hospital tour before this to help prepare for some of this, but I blew it off when they offered…). We waited for about 3o minutes and then he started to fidget a little. The nurse helped us coax him awake, and it was probably another 15 before he started to react to us. He freely drank water and popsicles, he was a little cranky, but mostly just sleepy. They did some vitals, removed his IV (ouch!) and said he’d be ready to go whenever he’s up to it. I think he would have slept there all day if he could! He finally was alert enough to head home.

A patient transporter wheeled him out in a wheelchair alongside us, which he thought was so cool. In the car, he asked for crackers, which he ate with no problem. At home, he had lunch (it was Noon at this point) with no issue, and then slept until 5. His brothers were at school, so there was lots of much-needed peace and quiet. We had Aaron’s parents here which was super helpful from a support standpoint and it was certainly a special treat for Nix.

Ok, so the diary. These are my exact notes I took every night. Each night during the first 6 days we woke him around the clock for pain meds. That was absolutely the key in staying on top of the pain and his overall mood during the recovery. I hope these will help you get some peace of mind and support if your child is facing a similar recovery!

Surgery at 9:45
Saw him at 10:20
Got home at 12:30
Slept from 12:30 to 5
Lots of energy from 5 to dinner
Eating per usual
Downed a hot dog and cheese like nothing!
Set up our pain med routine (rotating Ibuprofen and Tylenol every 3 years)
Filled prescriptions for steroid and anti nausea (never used the anti-nausea med)
Night was fine… somewhat of a struggle to take meds (didn’t want to take them) but overall did ok

Day 2
Emotional today but overall goodday
Meltdowns around toys and sharing
No complaints of pain and let me look in his throat, which is starting to scab white
Doesnʼt want to drink a lot
Doesnʼt want cold things, lukewarm is preferred
Teller is emotional about Nixon attention
Night was a little rough… not wanting to take pain meds.
Sleeping between us

Day 3
Up and down day
Eating hot dogs and cheese (only thing that seems appetizing to him)
Teller throwing tantrums, still struggling with change of routine and Nixon attention  (especially at dinner)
Night was rough… was a struggle to get him to take medicine (burns?) and takes a good 2-3 minutes each time to convince him.

Day 4
Really rough morning… took awhile for painkillers to start up then things were ok
Could see the pain set in at times
After nap finally had interest in really eating and asking for cold drinks
Ate tortilla chips from Chipotle!
Still running around with brothers like crazy
I needed a break and ran to Jeffersonville to look for furniture
Took his steroid today
Lots of dribble and not wanting to swallow
Altered sore throat voice

Day 5
Another up and down day
Lots of dribble and we gave him a towel to carry with him to wipe his mouth, which he liked having
Totally averted to pain meds
Swallowing very painful
Getting tired during the day
Horrible night… waking up in pain but refusing pain meds. Up every 3 hours or so.
Had to restrain him to force meds

Day 7
Complaining of ear ache and headache
Moved from 3-4 hrs to 4-5 hrs for meds (poured the medicine into a cold applesauce pouch, which mostly did the trick!)
Only woke once at night for meds
Still not wanting to eat a whole lot
Drinking is still a chore
Sleeping in late
Notice heʼs skinnier

Day 8
More improvements… we have turned a corner!
Went to skyline and Michaels with him and he did great
Keeps having ear pain and headache spasms of some sort (they told me this is nerve pain)
Night was ok… got pain meds around 11 and not again until 8:30 am

Day 10-11
Great days
More food
Lots of fun breathing through nose
Has been interested in drinking lots of milk
Lots of talk about smells and scents… seems to notice these more than ever before
In the late afternoon I noticed some some painful/careful swallowing so gave meds before bed
Slept through the night on Day 11!

We have seen so much improvement in our Nixon Ray. The improvements we noticed the most are:

Here’s one of my favorite videos of Nixon around three weeks after his surgery, enjoying his new abilities.

I hope this can be helpful to someone!

Hi, I'm Emily! Welcome to my little haus on the web.
I'm a mom to three boys, a full-timer in the marketing world and a lover of all things DIY and design every moment in the between.

My husband and I purchased our second home, the Wallace House in late 2014 and I'm making over each room along the way. I post my adventures every week!

I love reading your comments! And of course you can always contact me at emkmay@gmail.com

Want more? Check out my About page or you can check out our finished first home. xo

GET GHG IN YOUR INBOX 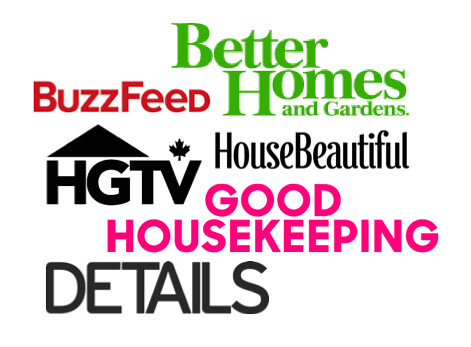 Get The Layered Doormat Trend for Spring 2019

Get The Layered Doormat Trend for Spring 2019